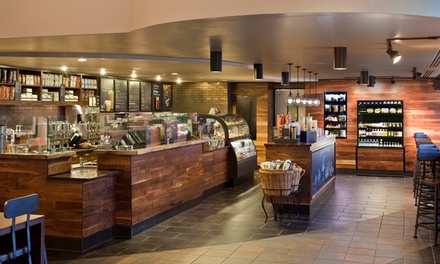 4-star hotel near Washington, DC with easy access to the city via public transit; amenities include an indoor pool and Starbucks

When you book a top-secret hotel, you’re guaranteed a name-brand property with a rating of 3 stars or higher in the neighborhood we specify. We’ll let you know the name and exact address of your top-secret hotel after you purchase the deal: Look in the redemption instructions for this deal, found in your account and on your email confirmation.

You won’t need a car to explore the U.S. capital city when you stay at this 4-star hotel. A Metro train from the airport will drop you off at a station just a few blocks from the spot you’ll be resting your head. And once you’re settled at the hotel and ready to explore, head back to that same train station to reach the National Mall with its rich history and cluster of museums. Or you can take the same public transit to the Clarendon area’s nightlife in about 10 minutes.

Arlington is just over the Potomac River from Washington, DC. In fact, the area around Arlington was originally surveyed to be part of the national capital, but the land was eventually given back to Virginia in the 1840s. Still, there are quite a few historic attractions here that are nationally associated with Washington, DC. One of these is the Pentagon, the headquarters of the Department of Defense, which you can tour by appointment. Along the Potomac lies Arlington National Cemetery, which has an eternal flame flickering at John F. Kennedy’s gravesite. You can also watch as soldiers switch shifts during the Changing of the Guard ceremony at the cemetery’s Tomb of the Unknown Soldier, a monument for the unidentified remains of US servicemen and servicewomen.

72-hour cancellation notice required prior to check-in or reservation is non-refundable; reservations made within cancellation window are non-refundable. No-shows will be charged total Groupon rate. Traveler name must match ID at time of check-in. No refunds will be processed by Groupon after check-in. Must be 18+ to check in. Credit card required at check-in. The name and address of the Top-Secret hotel will be provided via email upon purchase. Dates cannot be changed once booked; valid only for night(s) purchased.