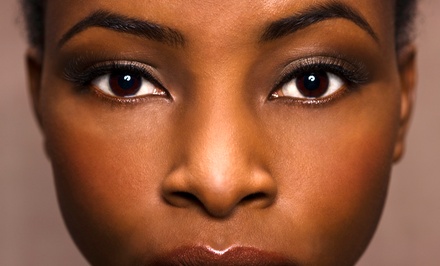 Tiny crystals intensively exfoliate the face to obscure signs of aging, such as fine lines, age spots, and minor scarring

Microdermabrasion: Revealing a Younger-Looking You

Microdermabrasion is a popular tool in the pursuit of turning back the clock. Read on to learn what to expect.

Just below the surface of your skin lies a face that’s a little softer, smoother, and younger-looking than the one you currently wear. It’s microdermabrasion’s job to uncover it. The process is simple: exfoliate away a substantial portion of the outer layer of skin known as the stratum corneum, which often holds age spots, fine lines, and textural irregularities caused by years of acne or sleeping on corduroy pillowcases. Not only does it buff away the old skin, it also sends messages to the cells that they need to regenerate faster, producing a fresh new surface. Over the course of several treatments, skin can become markedly smoother and brighter.

There are two methods for microdermabrasion. In the first, a handheld applicator dispenses a pressurized stream of aluminum crystals as it glides across the skin’s surface, similar to the action of a sandblaster. An attached vacuum and pump then dispose of the loosened skin cells. The alternative is a wand with a finely textured tip of diamond chips. As a technician passes it over the skin, the suction mechanism simultaneously draws skin to the device and whisks away the removed flakes. In either case, after protective coatings of moisturizer and sunscreen, you’re ready to walk, pink-faced back into the world.

View All Deals Near Manhasset
Scroll