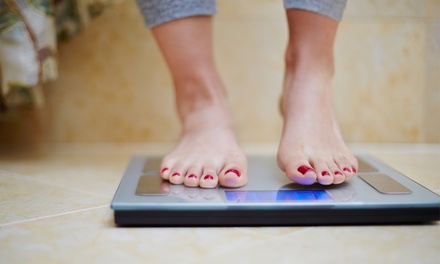 Weight-Loss Plateaus: The Biology of Frustration

The path to weight loss is rarely a straight line. Understand what’s going on inside stubborn fat cells with Groupon’s explanation of the science of the weight-loss plateau.

It’s a common story. You start a diet and exercise program and the first few pounds come off like clockwork. As the weeks wear on, your weight drops ever more slowly until you start to suspect that the scale is stuck or you forgot to take off that backpack full of dictionaries. The number stays put, even though you’re working just as hard as before. This is known as a weight-loss plateau, a metabolic stalemate that’s simply your overprotective body’s attempt to keep you from starving.

The body’s preferred source of energy is from food. When a person begins taking in fewer or expending more calories, their body looks to other sources to get the fuel it needs. First, it turns to its stores of glycogen, a carbohydrate stockpiled in the muscles and liver. Glycogen itself doesn’t contribute much to the body’s weight, but the water molecules it’s linked with—3 to 4 grams for every gram of glycogen—contribute plenty. Unfortunately, this means that those first 5 pounds probably have little to do with losing body fat and everything to do with losing water weight.

Once its glycogen stores are used up, the body begins burning fat for energy. Per gram, fat cells release about twice as many calories as glycogen, which means that a body in this stage will take about twice as long to lose the same amount of weight that it did before. Experts recommend losing no more than 2 pounds per week during this stage to avoid breaking down muscle mass.

At this point, however, your body is onto you. It’s learned what it needs to store and what it needs to burn to keep you from wasting away. As the body gets smaller, it requires fewer calories to go about its daily work, and with every carbohydrate consumed, it builds up its glycogen stores—and water weight—for the next time they’re needed.

Several potential solutions have been proposed to get past this plateau. One is calorie cycling, a schedule of high-calorie and low-calorie days that’s said to trick the body into thinking it’s not dieting, much like sticking labels reading “cheesecake” on every container in the fridge. Another is simply changing up your workout routine, since it’s believed that the muscles become more efficient and burn fewer calories the more they perform a single activity. But an especially stubborn weight loss plateau may just be your body’s way of saying it’s healthy where it is—and, after all, the good health engendered by eating right and exercising is its own reward.

Initial Group Weight Loss Program with Nutritional Plan is for new customers only. May be repurchased every 90 days. Appointment required. Limit 1 per person, may buy 1 additional as gift. Valid only for option purchased.