Boxing-Class Packages at Champs Boxing Club (Up to 59% Off). Three Options Available. 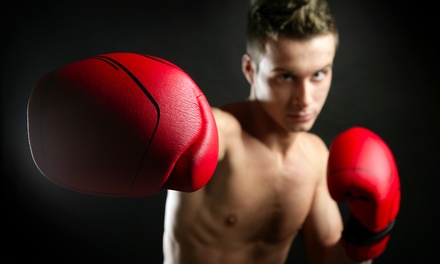 Though still not for the faint of heart, boxing used to be an even more rough-and-tumble affair. Brush up on your boxing history with Groupon’s look into the advent and evolution of boxing gloves.

Englishman Jack Broughton never met a brawl his bare fists couldn’t handle. Often referred to as the Father of The English School of Pugilism, Broughton thrived within the barbaric world of bare-knuckle boxing. In 1741, his battering of then-champion George Stevenson led to Broughton’s coronation as England’s finest fighter—and, weeks later, Stevenson’s death. As such, many British nobles and gentlemen turned to Broughton to teach them the art of self-defense, but the fragility of their porcelain fists led Broughton to improvise a means of protection. Citing the “inconvenience of black eyes, broken noses, and bloody jaws” they may sustain while sparring, Broughton invented “mufflers,” a set of leather mitts padded with horsehair or lamb’s wool—the first known iteration of boxing gloves.

When the tradition of bare-knuckle fighting ended in 1892, gloves became a mainstay of mainstream boxing, though their exact specifications evolved significantly over the ensuing century. In the first gloved, heavyweight championship fight, John Sullivan and James Corbett donned 5-ounce mitts. Today, mostly due to an increased emphasis on protecting fighters, standard gloves for professional bouts weigh between 8 and 10 ounces. Though the tanned leather exterior of most present-day gloves vaguely recalls Broughton’s prototype, their cushioning no longer requires shearing livestock; instead, most gloves contain high-density polyurethane. Before bouts, the gloves must pass scrupulous inspection to ensure that neither fighter has unfairly altered their specifications by wrapping them in bare fists.

Must activate by the expiration date on your voucher. Must be used within 1 month of first visit. Must sign waiver. Limit 1 per person, may buy 1 additional as gift(s). Valid only for option purchased. Not valid for clients active within the past 6 month(s).