$22 for $55 Toward Income Tax Preparation by Accounting & Tax Services 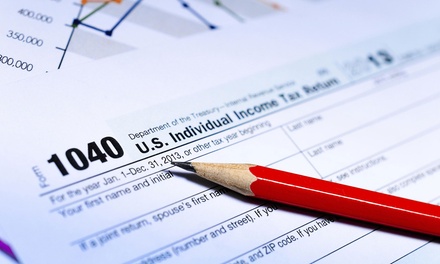 Income-Tax Deductions: Spend and Save

Your tax preparer will keep an eye out for any deductions that might apply to you. Check out Groupon’s glossary of some of the tax code’s more cryptic terms.

Standard Deduction: A basic amount of income not subject to tax. The exact deduction varies based on filing status—for instance, both a married couple filing jointly and a qualified surviving spouse receive about double the standard deduction compared to that of a single filer—as well as factors such as age, disability, and dependent status.

Revenue Act of 1862: The first federal income tax to be enforced—though not the first passed. Signed by President Lincoln, the code had only two tax brackets: 3% on incomes of $600–$10,000 a year and 5% for anything higher. That lower limit of $600 functioned as an early form of the standard deduction.

Mortgage-Interest Deduction: One of the most popular itemized deductions—that is, expenses that can be deducted from taxable income. Although it might seem natural that a government would enact this policy in order to champion homeownership, that probably wasn’t on anyone’s mind in the 19th century. As Roger Lowenstein pointed out in a 2006 New York Times article, interest deductions stem from an era when few people had mortgages and almost all interest would have been classed as business expenses anyway, considering self-employment was the norm and credit cards had to be mined from the mountains.

Schedule A: The section of Form 1040 on which you list itemized deductions. A surprising number of things are eligible for deduction, from business lunches to gambling losses. But many people will never need to research these obscure corners of the tax code—about two thirds of Americans claim the standard deduction instead, avoiding the need to file a complicated return and build a whole cellar just to store receipts.

Appointment required, same day appointments accepted. Limit 1 per person, may buy 1 additional as gift(s). May be repurchased every 30 days. Limit 1 per visit. Must use promotional value in 1 visit(s). Valid only for option purchased. All goods or services must be used by the same person.

View All Deals Near Wichita
Scroll